An artist has expressed some of the differences between a boss and a leader through 8 simple yet powerful illustrations. “A picture is worth a thousand words”.

Interested to know what it takes to become a great leader? Productivity is a key element. Check out the 10 ways to become a more productive leader.

A boss shines the light on themselves, leaving their team in the distance while they’re doing most of the work for him/her. Strangely, a boss with this quality believes they lead by example, but in fact they destroy team morale and lose credibility. Meanwhile, a leader knows the value of their team, and presents his/her contributions as a “team effort” as opposed to an individual one.

When things don’t work out or something goes wrong, the differences between a boss and a leader are clear. A boss looks to point fingers and blame anyone but themselves. Oppositely, a leader rallies their team in aid of collectively finding a solution, while demonstrating creativity by thinking of more than one solution.

A boss exploits weaknesses of others for their own personal gain, whether that be an attempt to climb the ranks, or to feel more powerful than others. On the other hand a leader works on strengthening the weaknesses of others, helping them to develop and better themselves.

A boss has unreasonable demands. They knowingly delegate difficult work without involving themselves, and instead throw it to their team members to deliver without support. Conversely, a leader understands the difficulty of the tasks ahead, and they work closely with their team to complete them.

Bosses intimate their staff, causing them to feel anxious and on edge. When the team needs help and guidance, a boss doesn’t want to know and simply expects everything to be done. In contrast, leaders are available when members of their team require support. A leader listens attentively to appreciate issues, and provides meaningful inputs to help implement solutions.

When delegating and seeking completion of work by their team, the differences between a boss and a leader are that a boss has a commanding and dominant approach, while a leader asks questions, listens to feedback, and values it. This results in a leader holding a respectful attitude towards their team.

7. Doesn’t get involved versus lead by example

A boss is a know-it-all. Once upon a time a boss may have done the jobs that they now instruct others to do. However, they don’t clearly demonstrate to their team how to complete such jobs. Instead, they provide brief instructions and steer clear of any involvement. On the flip side, a leader appreciates that in order for his/her team to complete the work, they need to be “led”. Leaders gain admiration by showing how to do the work, while ensuring their team are comfortable undertaking it.

8. Take credit versus give credit

Bosses are fantastic at taking all the credit for complex tasks that their team has delivered without them. Rather than portraying the value of team efforts to his/her seniors, a boss thinks it’s best to keep their team in the shadows. On the contrary, leaders enjoy giving credit, valuing their team’s contributions and sharing successes up the chain of command.

What other qualities do you see in a boss versus a leader?

As the founder of LessBizy, Dean is obsessed with productivity and credits the majority of his career "wins" to maximizing it where possible. In the last 10 years, Dean has continually explored and implemented small and large changes to increase his own productivity, as well as helped teams and other individuals to do the same. Dean's background is in technology consulting, project management and operations transformation, and during the past 5 years he's held senior leadership roles for various large multi-national companies. 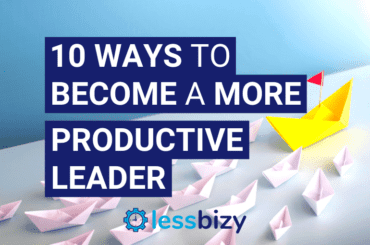 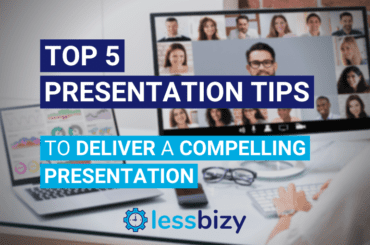 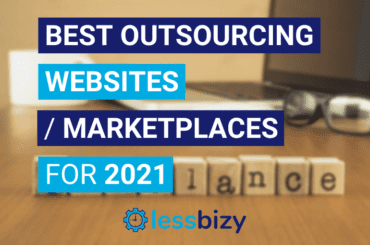 Best Outsourcing Websites and Marketplaces for 2021